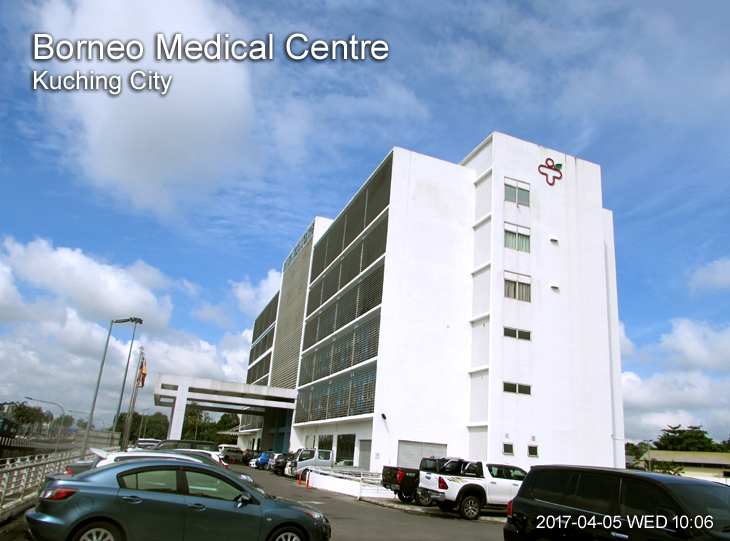 Cost for a medical check up basic package available in Kuching City: 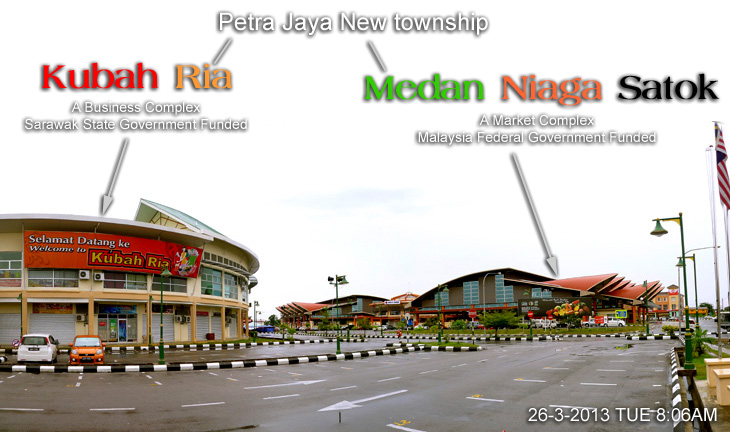 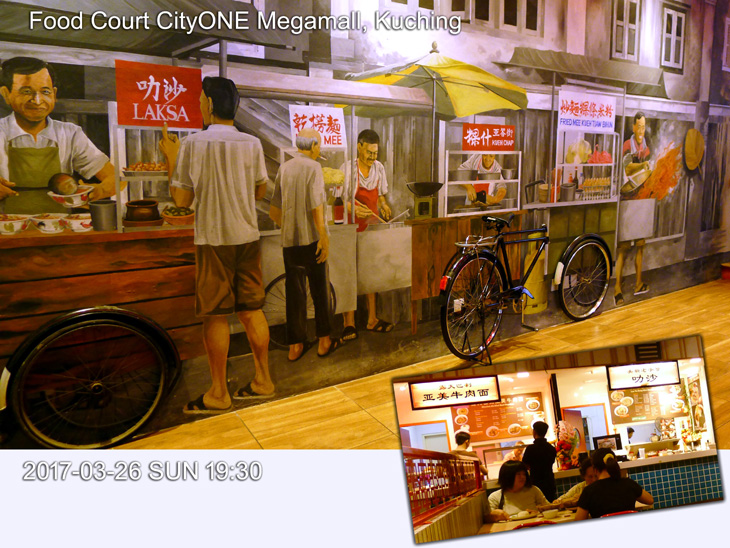 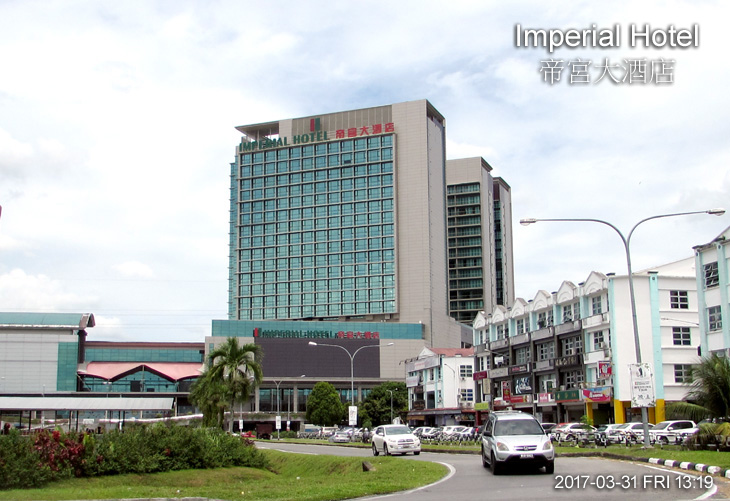 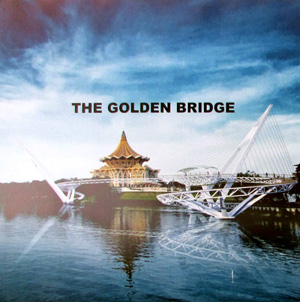 A showy pedestrian bridge across the Sarawak river from the Old Court House to the DUN (Kuching’s State Assembly complex).
The 400m bridge will begin from the Sarawak State Legislative Building, and will be curled towards the Kuching Waterfront in an S shape.

Its shape which was inspired by Sarawak’s meandering rivers in Sarawak, while the design will take elements of Sarawak diverse culture including reminiscing the Bidayuh bamboo bridge.

India Street is a pedestrian walkway of variety of colorful textiles, clothing, crockery and other essentials in a manner not changed much in the past decades. 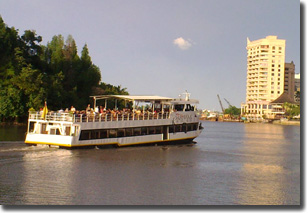 Sarawak River Cruise
Experience Kuching thru a different angle - from the Sarawak river where the first white rajah of Sarawak set his eyes upon Kuching when he sail up this river for the first time back in 1839. Boarding at Kuching Waterfront at least 15 minutes before departure. Sunset Cruise daily from 5.30pm - 7.00pm 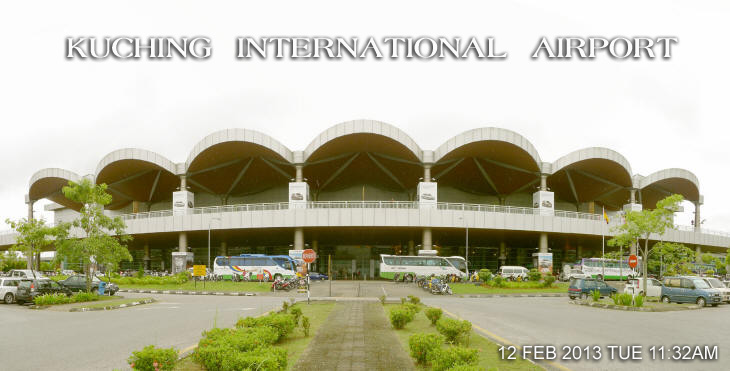 Kuching International Airport is the secondary hub for both Malaysia Airlines and AirAsia .There are over 251 domestic flights per week from Kuching Airport.

There are also direct flights from Kuala Lumpur to Miri and Sibu, from Johor Bahru to Kuching, and from Kota Kinabalu and Labuan to Kuching and Bintulu Town 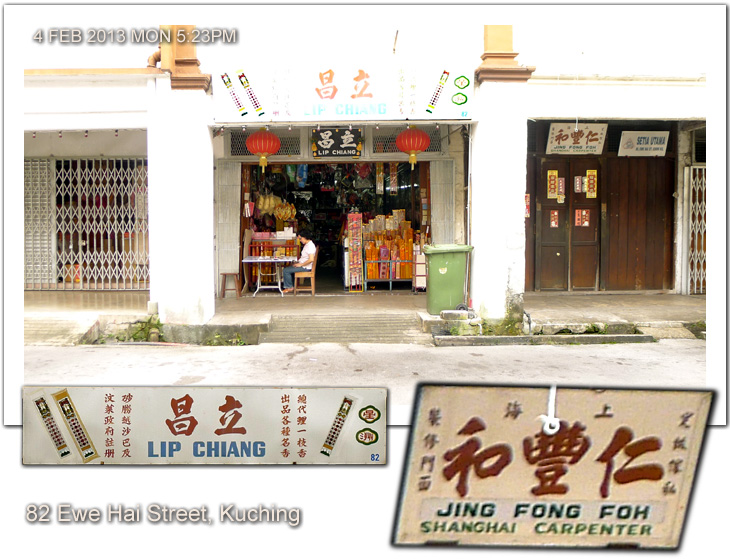 Kuching Chinatown is marked with a grandiose Chinese-inspired red archway that certainly indicates the entry point of this popular shopping and eating place. The refurbished old shophouses are surprisingly nice to look at, with brightly painted walls and windows, garbage-free streets (yes, most parts of Kuching are surprisingly clean!) with no moving vehicles crowding the alley ways. 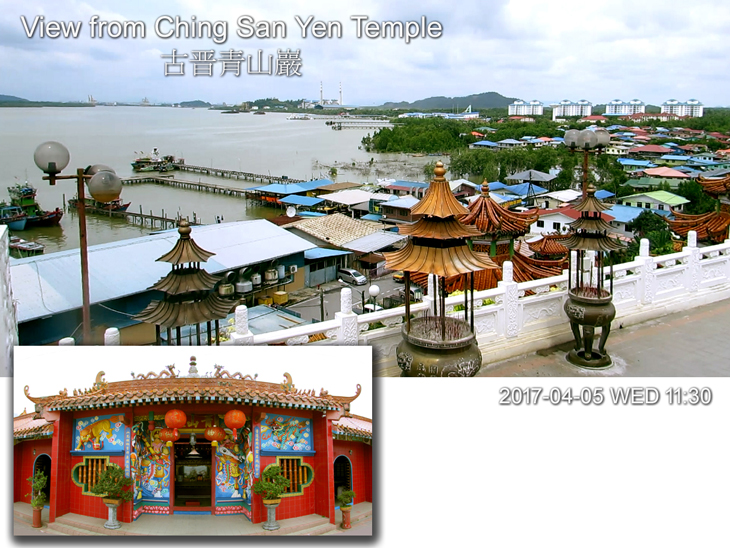 Ching San Yen Temple 古晋青山巖 existed more than 200 years, occupies an ancient site. Here travelers gave thanks after safely crossing the South China Sea back in those day and in present day as well.

Ching San Yen Temple is situated at Muara Tebas, in a Village called Kampung (in English Village) Muara Tebas. This place has been a fishing and trading village for centuries.

The Shine was renovated in 1903 follow by a major renovation from 1994 to 2000.
If this is that "has been a trading village for centuries"why is it still remain as a village after "centuries"? For "centuries" it has noeconomy strength to developed from a fishing village into a town then into acity?? 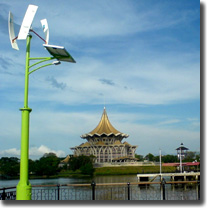 Undergone several transformations since the 19th century - from a small settlement of atap buildings, to a busy port with landscaped riverside walk it is today. Kuching Waterfront is now home to modern sculpture, an open-air theatre and a musical fountain...

See the man-eating crocodiles at the largest farmof its kind in Malaysia. Home to more than 1000 crocodiles, observe the reptilesbeing fed and learn about the history and lifestyle. The skull of the fameman-eating crocodile. Bujang Senang is displayed here; The farm also houses manyother animals such as sun bear, monkeys, python, birds, civet, deers, etc.
Organized tour available at local tour agent at Rm55 - 60 per adult - 3 hours

Located about 90km from Kuching or 1.5 hours drive, Serikin is a market at the border of Sarawak & Kalimantan where visitors can buy Indonesian products at good bargain price such as rattan mat (tikar). batik, handicrafts, dried prawn, keropok. etc. Back to Kuching. visit to Sarawak Pottery Factory and Satok Market for| the famous Terubuk Masin.
Organized tour available at Rm 70 - 80 per adult -6 hours 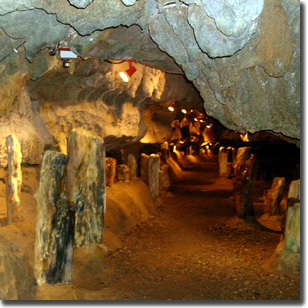 Visitors will be awed by the beautiful limestone formations formed over millions of years Fairy Cave which got its name from one of the formation which resemble the Chinese goddess. Kwan Yin. At Wind Cave, enjoy the constant breeze flowing thru while observing millions of bats and swiftlets (which produce the Chinese delicacy - birds nest)
Conducted tour from local travel agents at Rm 50-60 (4 hours) 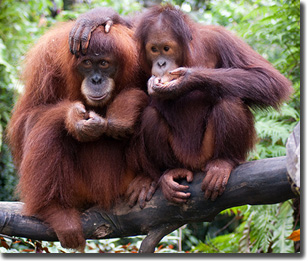 Formerly a rehabilitation centre for prang utan rescued from captivity orinjured, this is where you can see this animal in the wild jungle. Observe
their unique behavior when they come out from the jungle for food during feedingtime. Enrooted back to Kuching, stop by at pottery
factory
Conducted tour from local travel agent. Round triptook 3 hours 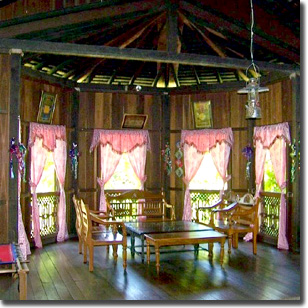 The Malay Villages along the riverside next to Fort Margherita have some beautiful traditional and modern Malay architecture.
The Malays originally migrated from Sumatra.and have certain amount of cultural and historical affinities with the Brunei Malays. Sarawak was part of the territory of the Sultan of Brunei before James Brooke came 2 centuries ago.

The Malays in Kuching traditionally lived along the coasts, where they were fishermen. They accepted Islamic since 4th Century.

The Malay kampungs along the Sarawak River contain beautiful traditional wooden Malay houses, and the people are very warm and friendly making an evening walk through the kampung a very pleasant experience in Kuching.
There are some more superb Malay houses around Jin Datuk Ajibah Abol, behind the Kuching Mosque. Both these 2 Malay communities areas are self-contained, intact communities existing within the Kuching modern city. 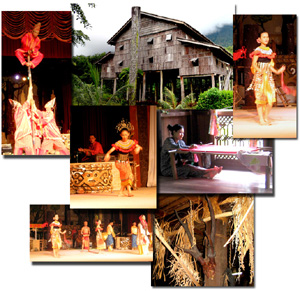 The living museum' showcase the diversity of the ethnic people of Sarawak thru their traditional houses namely longhouses of the Iban. Bidayuh, Orang Ulu. Penan Hut;Melanau Tall House, Malay Town House and Chinese Farm House. Enjoy a 45 minutes cultural show at the end of visit.
Conducted tour from local travel agents or your hotel service counter 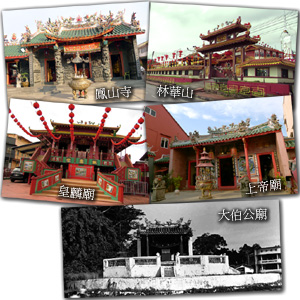 Visitors exploring the charm of Kuching would chance upon several Chinese Taoist Temples open to visitors.
The temple building structures may look new but all these temples have 100 years of history behind.
Carpenter Street has two main entrances which is the East Entrance and the West Entrance. The East Entrance is located along Jalan Wayang and here stands a beautiful Hokkien Temple called Hong San Si Temple which is pretty hard to miss. The bright red colors at the side of the wall and the intricate temple designs are sure to catch your attention. This temple is one of the most beautiful temples in Kuching and is highly recommended to visit.